A Los Angeles periodontist has a special responsibility. After all, while healthy and attractive smile matters everywhere, first impressions can matter more in an image-conscious environment like the Greater LA area. Dr. Peiman Soleymani of Beverly Hills Periodontics & Dental Implant Center has helped countless people from all walks of life head off the unpleasant, painful, and potentially serious impacts of illnesses impacting the gums. He understands that, problems like bleeding gums, halitosis (aka bad breath), and gummy smiles are extra problematic for busy, ambitious, and socially active Southern Californians.

About Gingivitis and Periodontitis

Many people are understandably unclear about the distinction between the two most common gum illnesses. Gingivitis is the most common illness and is often referred to simply as gum disease. The first signs are often bleeding gums and bad breath. To put it simply, gingivitis is an inflammation of the gums and is relatively easy to treat. Periodontitis is usually caused by untreated gingivitis and is potentially far more profound. It can cause gums to separate from teeth and can actually attack the bone to which teeth are connected. It can lead to such severe problems as teeth that “float” (move about in the mouth) and threaten the health of the entire mouth.

Unfortunately, many people tend to try to ignore the initial symptoms of gingivitis, perhaps relying on special anti-bleeding toothpastes and overusing mouthwash, breath mints, and chewing gum. It’s important to realize that gums really shouldn’t bleed with normal tooth brushing and that persistent bad breath that doesn’t respond to ordinary brushing, flossing, and mouthwash is not normal. Moreover, most cases of gingivitis can be effectively dealt with by relatively simple techniques such as deep cleaning, which dentists refer to as root planning and scaling. Leaving the problem alone not only increases the risks of severe problems later on, it will also increase the cost and discomfort associated with treating the problem.

Dr. Soleymani is regarded by professional observers and patients as one of the top Los Angeles periodontists, and he is here to help patients with all of their gum related issues. For people who may need more advanced care and where tooth extractions may be required, he is also a certified specialist in dental implants, the gold standard solution to missing teeth.

To make an appointment, reach out to us at the phone number above or visit our contact page.

Today’s periodontal disease treatment is highly effective, safer, and more comfortable than ever. The only problem is …

Should Anyone Still be Worried about Seeing a Periodontist? No. First, oral health care from a reputable practitioner is …

What Do Dental Implants Really Offer?

If you’re researching dental implants in Los Angeles or anywhere else, you’ll notice that many oral health care professionals …

Dr. Peiman Soleymani received his doctorate in Dental Surgery from the UCLA School of Dentistry in 1997 and his degree in Periodontics and Dental Implantology from Oregon Health Sciences University in 2000. He became a Diplomate of the American Board of Periodontology in 2008. He has been active member of the dental community for the past 20 years.

The following forms are provided for your convenience in PDF. (Adobe Acrobat reader is needed to view the files) New Patient Form Notice of Privacy Practice Consent for Use and Disclosure Osteoperosis Consent Form Private Privacy Act Post-Op Instructions Please download, fill out completely,save the file and send as an attachment to [email protected] Thank you. 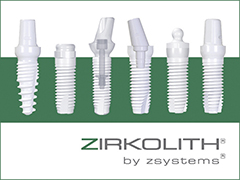